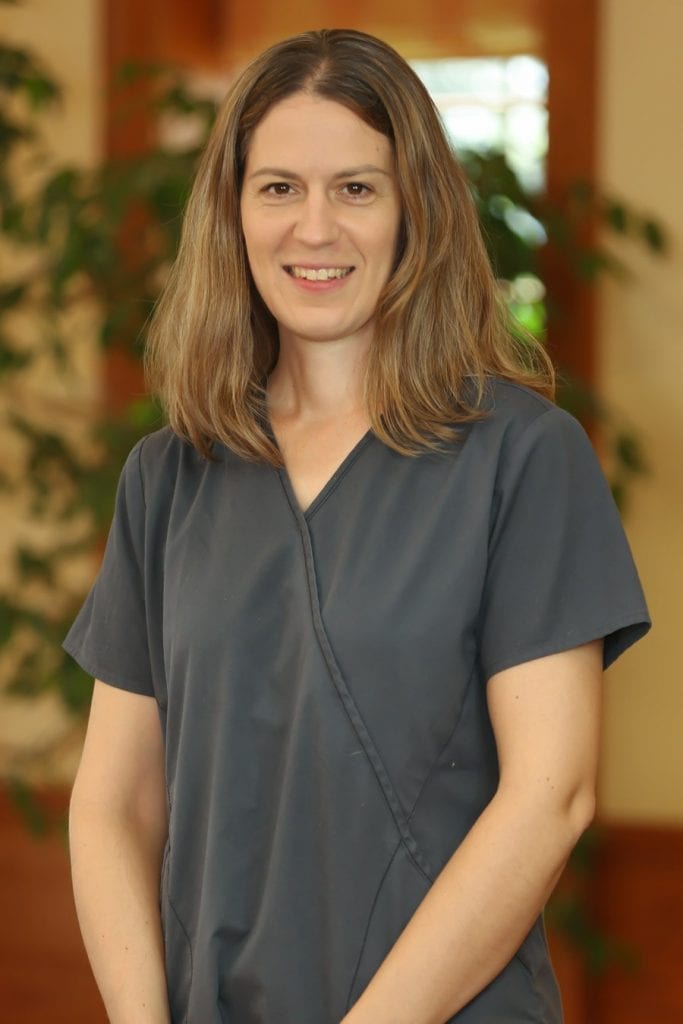 Dr. Babcock joined Autumn Trails after practicing veterinary medicine in Northern Virginia for more than a decade. Her previous practice focused on equine general practice, and she was excited join our center to work with small animals again.

A native of Washington State, Dr. Babcock earned her bachelor’s degree in animal science from Washington State University, where she also later earned her DVM. Following graduation, she moved to New Jersey and completed an equine internship at Mid-Atlantic Equine Medical Center in 2004.

Dr. Babcock is and avid card maker and can usually be found in her craft studio during her free time. She currently shares her life with her Great Dane, Abbey, and her four naughty cats. She adores draft horses and donkeys and hopes to have one of each when she grows up.